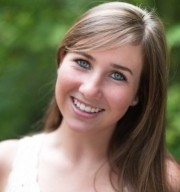 The Lauren Dunne Astley Memorial Fund’s mission is to promote dynamic educational programs, particularly those in the areas of the development of healthy teen relationships, the arts, and community service.

Mission in Action.  The focus of the Lauren Dunne Astley Memorial Fund has been on funding educational initiatives in the Boston area. Breakup violence continues to be a priority with efforts directed at increased awareness and prevention education. Our promotion of healthy teen relationships also reflects themes of the arts and community service.

This year’s speaking engagements at area schools, colleges and other organizations included: